And end your toxic relationship by joining PETA’s campaign!

BREAK UP WITH CHEESE

Here’s the deal: Cow’s milk is meant for baby cows, not humans. You wouldn’t go up to a cow and start suckling from her udder, right? It’s unnatural, gross, and cruel. 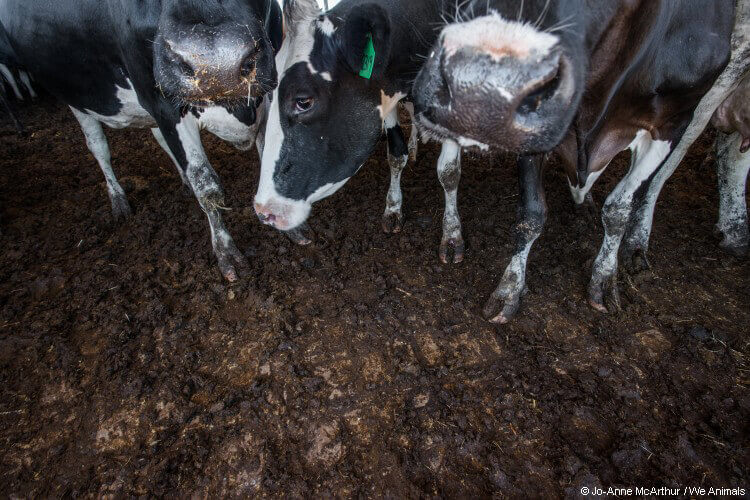 When you drink cow’s milk, you’re stealing from a baby—and supporting animal rape. Cows, like humans, have to give birth to produce milk (they’re not milk machines, SMH), so the dairy industry uses what it calls a “rape rack” to impregnate them by force over and over again. Their bodies are violated for profit. 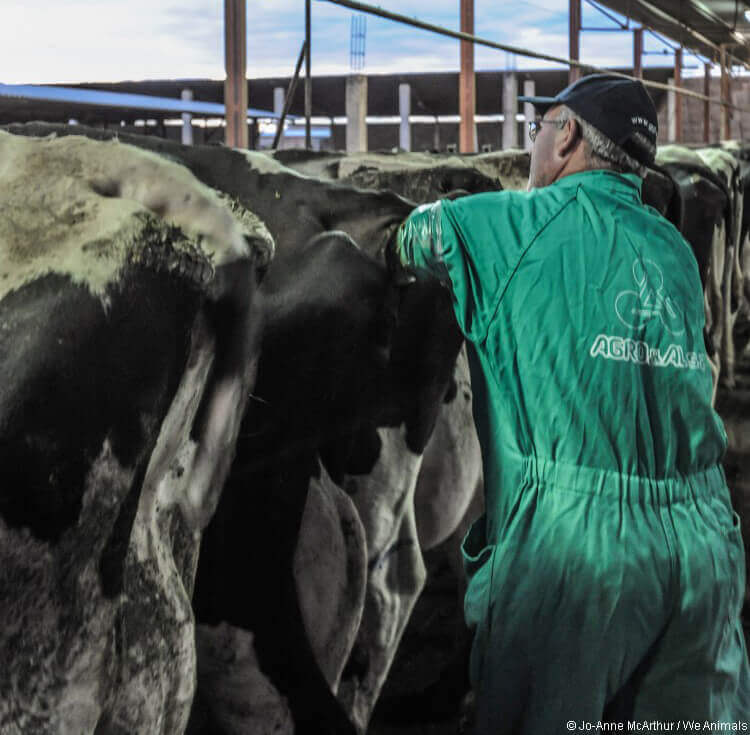 Instead of going to their babies, the milk ends up in a store near you. Here’s what it looks like when a calf is torn away from his mother.

You know that this is wrong—and you don’t have to participate. This is violence that you can help stop.

They Scream for Ice Cream …

🍼 Think dairy is harmless? Wrong. All cows used by the industry are eventually killed. Often, males are used for veal—which means that they’ll spend their short lives chained inside crates so small that they can’t move or lie down comfortably. Females are exploited until their bodies are so exhausted that they can’t produce as much milk anymore, and then they’re sent to face a terrifying death.

🍼 Female cows are raped. And if you consume dairy foods, you’re paying for it.

🍼 It takes 683 gallons of water to produce one single gallon of milk. And remember the rainforest? Hold on to those memories—because more than 90 percent of the Amazon has been cleared since 1970 so that the land can be used for grazing farmed animals. Killing forests to kill animals? Yep.

🍼 It’s un-freaking-natural. Humans aren’t supposed to drink it, period. It’s meant to fatten up baby cows. In humans, it’s linked to food allergies and acne. No thanks.

🍼 What even IS it?! The fact that milk is basically rape juice not enough for ya? How about this: Milk-based cheese contains stomach lining and addictive drugs, and that’s not all. It’s also crawling with bacteria—some of it harmless and some of it pretty icky. For example, the same family of bacteria that makes Limburger cheese smell so bad (brevibacterium linens) is what makes your feet stink. 😵

It's Time to Break Up With Dairy

Be done with it.

Here’s the good news: As a young person—you have the power. The more informed you are, the less likely you are to be fooled by the dairy industry’s total BS. Next time you’re at the grocery store—or your local Blaze Pizza—snag something vegan and take a stand against cruelty to animals, corruption, and climate change, as well as taking back control over your own values.

Eating cheese, drinking cow’s milk … it’s kind of like being in a bad relationship, and you’re addicted. It’s time you called it quits—and we’ve got your back!

Tons of woke companies like Blaze Pizza, Pieology, PizzaRev, and others offer vegan cheese for … you know, folks who don’t want a side of cruelty with their slice. The options are delicious, and we want Domino’s—one of the largest chains in the U.S.—to take it to the next level.

By offering vegan cheese on pizza, the chain would be leading the way to a new (gloriously cheesy) world. Tell Domino’s now—take action below!