A new eyewitness video reveals pigs’ agony and slow death amid filth at Excelsior Hog Farm in Abbotsford, British Columbia. The farm is one of the largest pig factory farms in the province and is owned by a director of the BC Pork Producers Association.

The video shows dead piglets rotting in crates alongside the living and others dying slowly, out of reach of their distraught mothers.

Years of Misery Confined to Crates

Mother pigs were found crammed inside metal crates barely any larger than their own bodies, unable even to turn around. More than 1,000 pigs spend most of their miserable lives at this farm in these crates. These intelligent animals have no psychological stimulation, much less any chance of rooting in the soil.

Impregnated repeatedly, they are confined to crates that are even more restrictive when it’s time to give birth. They have nothing to do but stare at the cinder block wall just in front of their nose. Eventually, after several years of this extreme imprisonment, their bodies wear out. 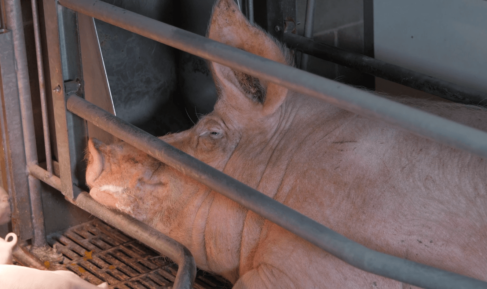 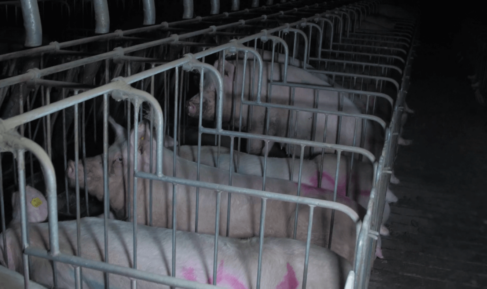 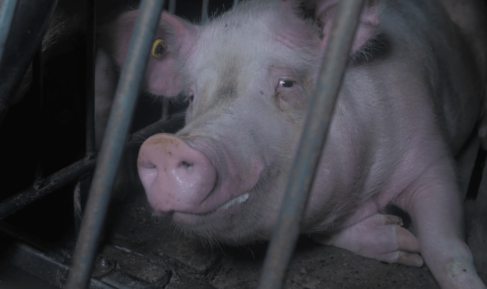 Piglets begin their lives by their mothers’ side, but confined to a crate, she is unable to nuzzle or help them. Many die slowly, unattended, with unrelieved suffering. The survivors’ tails are often cut. This is typically done without anesthetics and in the presence of their distressed mothers.

Soon the young pigs are transferred to stacks of cramped, crowded, battery-style cages with slatted floors. Then they are moved to bleak pens. 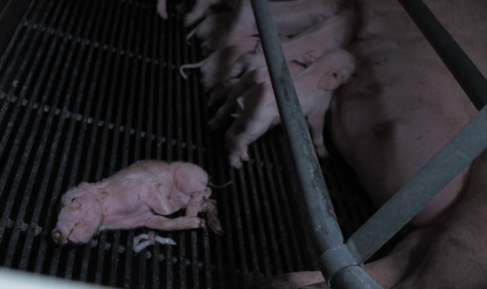 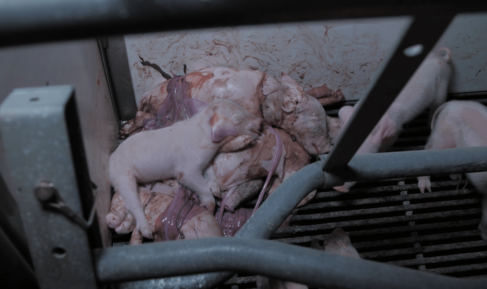 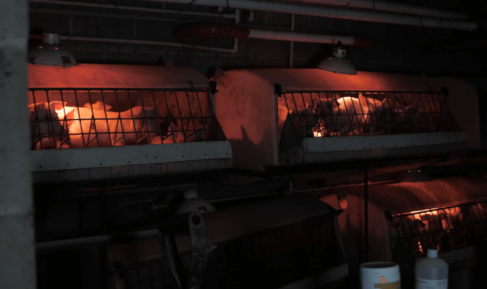 Sick, Hurt, Unable to Walk, and Languishing Amid Filth

Some pigs suffered from volleyball-size hernias, protrusions of their internal organs and tissue, which can be painful. Others had incurred bloody lacerations—possibly from fights arising out of the cramped, stressful living conditions.

Some of the young pigs couldn’t walk, so they languished on the filthy floor. Some lay listlessly, while one struggled to try to walk on her misshapen front legs.

Dead pigs were found left to rot in pens alongside survivors. Others were thrown into bloody bins. A jawbone was found just outside one pen. 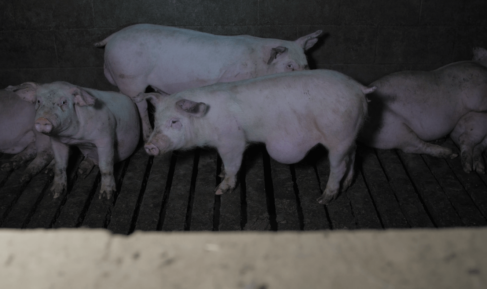 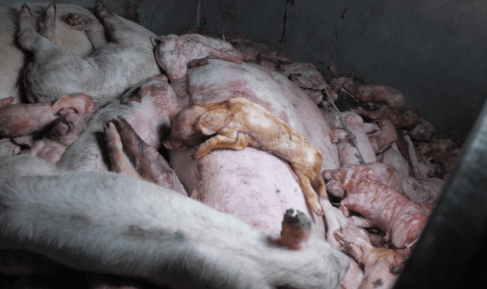 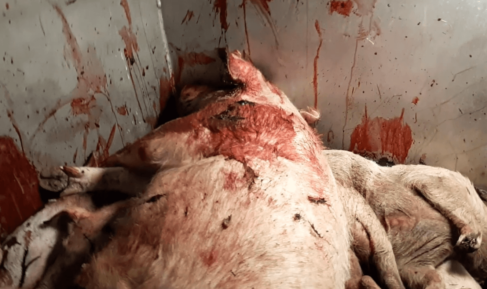 An Industry of Despair

These horrifying conditions are the only life that these pigs—and countless millions like them—will ever know.

Finally, after a lifetime of misery, the pigs are forced onto transport trucks that often travel long distances through all weather extremes. By the time the animals arrive at the slaughterhouse, many have sustained injuries or even died.

Because of botched stunning attempts, some pigs are still conscious when they’re dumped into tanks of scalding-hot water, which is intended to remove their hair and soften their skin.

You Can Help Stop This!

Pigs are friendly, inquisitive animals who are at least as sensitive and intelligent as dogs. This video spotlights one farm but reveals only some of the routine cruelty in the pork industry.

Please spare pigs enormous pain and suffering by choosing to stop eating them.

With so many delicious, healthy alternatives, it’s never been easier to leave animal-derived foods off your plate.

A sign at the entrance to the farm identifies it as supplying Johnston’s, a pig slaughterer that claims to have “high standards of animal care” and sells pig flesh to retailers all across British Columbia.

Please urge Johnston’s to reconsider its ties with this pig factory.